MADRID, Oct. 28, 2022 /PRNewswire/ — As part of the Forum “20 years of FIL: Democracy and Liberty“, the president of Fundación Libertad y Desarrollo, Dionisio Gutiérrez, talked about the scourge of corruption in Latin America with Sergio Moro, the judge who uncovered “Operation Lava Jato”, considered one of the biggest political scandals in the history of Latin America. Moro also served as Minister of Justice and is now an elected Senator in Brazil.

Gutiérrez referred to the social consequences of corruption, the impact it has on democracy and how this causes the advance of authoritarian populism: “Throughout the history of mankind, one of the phenomena that has most destroyed illusions, hopes, nations and democracies is corruption. This vice causes nations to live in conflict, poverty, underdevelopment. Corruption is the poison of democracy, a virus that is all too common, especially in the political class of Latin America“.

On this point, Moro pointed out: “When corruption spreads, a complex system of corruption is built, which is what was identified in Operation Lava Jato. This ends up undermining citizens’ trust in democracies and favoring the emergence of populist and authoritarian regimes. The right medicine is to strengthen the Rule of Law”.

Gutiérrez added that: “Corruption starts in the political parties because many people come to them looking for power to steal; and they don’t care that corruption discredits politics, destroys the institutions of democracy and disappoints voters. For this reason, if Latin America wants to return to the path of development and prosperity, it needs to rescue the values of liberal democracy, the division of powers and the rule of law”.

Gutiérrez concluded by praising Moro’s trajectory: “Senator, you understood something that very few in Latin America understand, which is the importance of the rule of law, respect for the law, and that impunity should not be the practice that causes so much frustration and disenchantment with democracy”.

Dionisio Gutiérrez is an entrepreneur, activist and communicator with a PhD in Sociology and Political Science. He is president of the Latin American think-tank Fundación Libertad y Desarrollo and host of the weekly television program Razón de Estado, which is broadcast in several countries in the region. 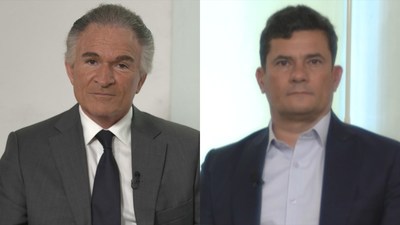