TOKYO, Feb. 16, 2022 /PRNewswire/ — International payments company Degica has today announced the appointment of Kazunori Kajihiro as Chief Operating Officer (COO), based in Japan. Kajihiro will be responsible for all aspects of Degica’s operations, including accounting, merchant management, supply chain management and growth in national and international markets – with a particular focus on driving growth and operations for the company’s flagship KOMOJU payments platform. 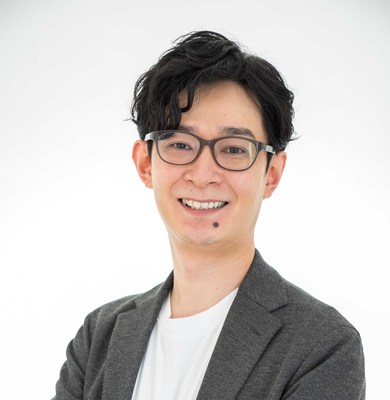 The appointment reflects Degica’s strategy of bringing individuals with technology expertise into its C-Suite team, drawing on his experience as a programmer at Fujisoft and Members Inc., as well as his time as a web developer in his early days with Degica.

Kajihiro also brings significant business expertise to the C-Suite team, having already played a central role in the company’s growth. Most recently, Kajihiro served as Degica’s Vice President of Products, overseeing the company’s payment product development division and driving a dramatic improvement in the service levels of the company’s flagship KOMOJU payments platform. He also previously served as Vice President of Security and Infrastructure between 2017 and 2019, where he led the way in building up the company’s Infrastructure team while improving the performance of the KOMOJU platform, with his team consistently breaking records in terms of the number of transactions processed per second.

“It is a pleasure to be welcoming Kajihiro-san into our C-Suite team,” says Jack Momose, CEO, Degica. “He has been an exceptional asset to our team for more than seven years now and his background as a programmer, combined with his intimate knowledge of our company and its products, make him the ideal candidate to lead our operations from the very top.”

About Degica
Degica’s mission is to create a fair, global marketplace for goods and services – breaking down barriers between different markets and making it easier to do business anywhere in the world. With its origins in the video game publishing industry, Degica found that it needed to build its own in-house payments solution in order to sell games via major platforms to customers in its home market of Japan. The solution worked so well that the team decided that its future lay in breaking down similar barriers for other companies.  Today, the Degica offers a series of solutions – ranging from payments to AI translation and logistics support – to enable businesses outside Japan to gain straightforward access to the country’s large and valuable market, and businesses in Japan and the rest of Asia to tap into Western markets in Europe and the US.

Established in 2016 by Degica, KOMOJU (an abbreviation of the Japanese phrase “購入モジュール”, meaning “purchasing module”) was started with a single aim – to make Japan simple. To this end, KOMOJU provides clients with a global payments platform, active across four regions, with over 50 international partners and more than 2,500 active merchants. Connected to platforms such as Shopify, Wix, Woo Commerce and Magento, it offers merchants access to all major payment methods in Japan, Korea and China and incorporates FX functionalities to enable merchants to receive funds in their desired currency, while processing currencies native to local markets.

Today, following huge initial success for the platform, the initial goal of making Japan simple has expanded. The next step for KOMOJU and Degica is to continue breaking down barriers to doing business not only into and out of Japan, but anywhere in the world – creating a fair and global marketplace for goods and services.