Autopsies conducted in California on suspicious deaths in February reveal that these people were infected with the new Coronavirus before the official start of the Covid-19 epidemic in the United States.

The first confirmed case was announced by federal authorities on January 21, about thirty who returned on January 15 from the Wuhan area of ​​China, who had no serious symptoms and had contacted a doctor. The first official “local” contagion was at the same time in Chicago between two spouses.

The late discovery that people started dying in early February implies that there were probably many cases on the west coast of the United States in early to mid-January, and that the current official record of 45,000 dead is well below reality.

Without medical supplies like testing kits, masks and swabs supplied in the hundreds of thousands to millions a day there is little evidence to support any number of confirmed cases. 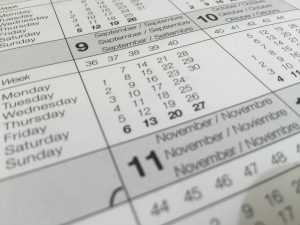 “It is not really a surprise”

It is not really a surprise, Alessandro Vespignani of Northeastern University in Boston told AFP, who recalls that epidemiological models had calculated that the transmissions had probably started outside China in January and February.

The official assessment, by the beginning of the year, will rise in logic as local officials and forensic scientists re-rank the causes of winter deaths attributed at the time to pneumonia or the flu.

The Santa Clara County Medical Examiner, which includes Silicon Valley, announced Tuesday night that three people who died at their home on February 6 and 17 and March 6 had tested positive for the Coronavirus test after autopsies.

Increase the number of cases.

Since several weeks (on the order of three to four) generally separate contamination from death, this dates back to early or mid-January. The first official Coronavirus deaths in the United States were before February 26.

If this is the case, models of the epidemic in the United States will have to be adjusted to account for this early departure date, said Stanford professor of medicine Jay Bhattacharya. The models will have to review the number of current cases on the rise, he told AFP.

The three California cases, whose whereabouts are unknown, apparently had not traveled to China, Sara Cody, the county’s public health official, told The Washington Post.

It is unknown why it took so long to test these bodies, but local authorities pointed to the Centers for Disease Prevention and Control (CDC), which until late February insisted on limiting screening tests. only people returning from China with symptoms.

It was not until February that the testing policy was relaxed and, in mid-March, the doors were opened. The veil is gradually lifted, a posteriori, upon arrival of the Coronavirus in America. The epidemic began in Wuhan in December, but it wasn’t until January 31 that the United States closed its border with China and began imposing quarantines.