GATINEAU, QC, June 3, 2022 /CNW Telbec/ – The Collège Universel is proud to announce the appointment of Alexandre Gagnon as head coach of the men’s hockey program and will be in charge of the women’s hockey team coaches.

Having himself a background as a student-athlete, Alexandre Gagnon returns to his native region of Gatineau to join Collège Universel and lead its men’s and women’s hockey teams. This 34-year-old has an important track record as a hockey coach in North America and Europe and proven experience that provide him with the competence and ability to effectively support the development of Collège Universel’s Unik hockey team.

After a career as a hockey player in North America and France, Alexandre traded his skates to take on the role of conductor of multiple teams, ranging from the Midget level to the professional level. His career truly kicked off at the helm of the Seigneurs des Milles-Îles team (Midget Espoir). He then became assistant coach Amos’s Forestiers (Midget AAA) and Val-d’Or’s Foreurs (LHJMQ), head coach of Saint-Jérôme’s Panthères (Junior AAA) and Saint-Eustache’s Vikings (Midget AAA). Alexandre’s remarkable career earned him his first professional experience in France, in Divison 1, with the Chambéry Club. Then, in 2020, he continued his ascent to the Magnus League, where he became the youngest coach on the professional circuit, at the helm of Mulhouse Scorpions.

“I am happy to return to Quebec and my native region to join the Collège Universel’s hockey program. Our energy and efforts will be devoted to the development, competitiveness, and visibility of our hockey teams and to creating the best athletic opportunities for our players,” says Alexandre Gagnon, head coach of the men’s hockey team program and coaches of its women’s hockey team.

“We are thrilled to welcome Alexandre Gagnon as the head of our hockey program. We firmly believe that his long experience will allow us to promote the development of our student-athletes and the visibility of our team, l’Unik” says Saloua Zraida, President and CEO of Collège Universel.

As a reminder, Collège Universel offers a “Prep School” type hockey program, which makes it a flagship and unique program in the Outaouais. Hockey players play approximately 40 “ShowCase” games per season in Quebec, Canada, and the United States. Moreover, the latter can combine hockey with academic success thanks to the personalized teaching support offered by Collège Universel.

Collège Universel – Campus Gatineau is a bilingual institution, subsidized by the Quebec Ministry of Education and Higher Education. It offers a full range of pre-university DCS, technical DCS, and ACS programs, and welcomes students from all over Quebec, Canada, and abroad. All its programs are offered in both French and English. For additional information: collegeuniversel.ca 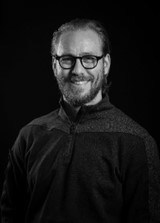