Clover Games' #Me had a successful global launch with over a million downloads. 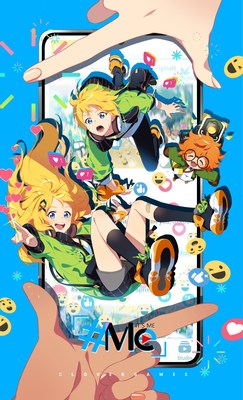 Clover Games launched “#Me” globally in 135 countries throughout North America and Europe on July 7th, 2022. The app received remarkable reactions from the users, ranking 1st on the United States Apple store, 2nd on Google Play store, and 1st on the iPad social networking chart on the first day of its service.

The app’s user gender ratio is 45% male to 55% female, with over 70% of the users being above 17 years old. Unlike former existing metaverse apps which are congregated by users under 17, #Me took its first step as a virtual reality world targeting the nonminor population.

As over half of the users are Gen-Z, the younger generation’s reaction to #Me is rather positive. Clover Games shared that they shall strive to continue developing #Me as a fun playground for Gen-Zs to play and experience.

#Me strives to be a world that is different yet similar to reality. The service elevates user experience through game components such as original stories and quests. And at the same time, it allows players to customize their characters to express their individuality and experience social interactions. The users are able to have real-life jobs such as content creators, fashion models, and photographers. And at the same time, they can also experience fantasy jobs that involve sword and magic. With a wide range of experiences to choose from, the users can search for what they want to do and what they want to be in #Me. #Me is now available for download on both Apple store and Google Play store.