PHILADELPHIA, Aug. 30, 2021 /PRNewswire/ — When children and adolescents go into cardiac arrest outside of a hospital setting, CPR with rescue breathing – rather than CPR using only chest compressions – leads to better outcomes, according to a new study by researchers at Children’s Hospital of Philadelphia (CHOP). The findings, published today in the Journal of the American College of Cardiology, support the use of bystander CPR with rescue breathing in children experiencing cardiac arrest. 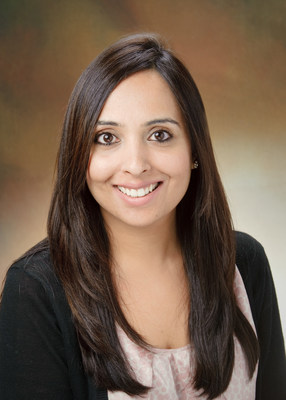 “At the moment, most lay people are trained in compression-only CPR because that is the standard of care in adults,” said Maryam Y. Naim, MD, MSCE, a pediatric cardiac intensive care physician in the Division of Cardiac Critical Care Medicine at Children’s Hospital of Philadelphia and first author of the study. “However, children are not simply small adults, and our study shows there is a tremendous need for education in all communities about the benefits of CPR with rescue breathing in the pediatric population. For infants in particular, our study shows that CPR with rescue breathing is the only type of CPR that is associated with good neurological outcomes; infants who received compression-only CPR had similar outcomes to infants who did not receive bystander CPR.”

Fewer than 10% of children who experience cardiac arrest outside of a hospital setting survive. The rates of survival improve when a bystander performs CPR, but prior to this study, the frequency and type of bystander CPR in out-of-hospital pediatric cardiac arrest in different age groups was unknown. In adults, compression-only CPR has been shown to be as effective as CPR with rescue breathing, so since 2010, the American Heart Association (AHA) and European Resuscitation Council (ERC) have recommended compression-only CPR for bystanders who witness an adult in cardiac arrest. However, the researchers suspected this form of CPR might be less effective in children, as pediatric cardiac arrest most often stems from breathing problems.

To better understand the frequency, type, and outcomes of bystander CPR for children, the researchers analyzed 10,429 out-of-hospital cardiac arrests between 2013 and 2019 in patients between 0 and 18 years of age. The data for the study was derived from the Cardiac Arrest Registry to Enhance Survival (CARES) database, a registry maintained by the Centers for Disease Control and Prevention in collaboration with the Department of Emergency Medicine at the Emory University School of Medicine, which includes an overall catchment area of nearly 145 million people in 28 states across the United States.

Additionally, the researchers examined the changes in rates and types of CPR over the six-year study period and found that although the rates of bystander CPR did not change, the proportion of compression-only CPR increased, with no change in neurologically favorable survival.

“While public health efforts to teach compression-only CPR have benefited adults who have cardiac arrests, children have likely been disadvantaged by these efforts. The results of this study have important implications on bystander CPR education and training, which should continue to emphasize rescue breathing CPR for children – and especially infants –in cardiac arrest and teach lay rescuers how to perform this type of CPR,” Naim said.

About Children’s Hospital of Philadelphia: Children’s Hospital of Philadelphia was founded in 1855 as the nation’s first pediatric hospital. Through its long-standing commitment to providing exceptional patient care, training new generations of pediatric healthcare professionals, and pioneering major research initiatives, Children’s Hospital has fostered many discoveries that have benefited children worldwide. Its pediatric research program is among the largest in the country. In addition, its unique family-centered care and public service programs have brought the 595-bed hospital recognition as a leading advocate for children and adolescents. For more information, visit http://www.chop.edu