PHILADELPHIA, July 19, 2021 /PRNewswire/ — Researchers at Children’s Hospital of Philadelphia (CHOP) have developed a novel method for producing new antibiotics to combat resistant bacteria. Through an approach that would target bacteria with an antibiotic that is masked by a prodrug, which the bacteria would themselves remove, the researchers identified a method that would allow for development of new, effective antibiotics that could overcome issues of resistance. The findings were published today in eLife. 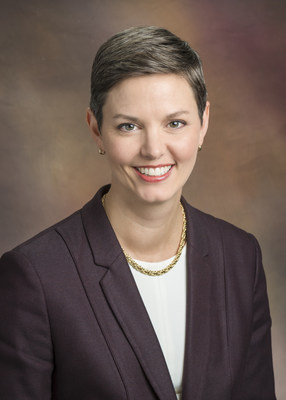 “We’ve created a sort of ‘Trojan Horse’ that would allow antibiotics to reach desired tissues undisturbed, until the bacteria itself activates the drug, effectively releasing an ‘army’ of antibiotics,” said senior author Audrey R. Odom John, MD, PhD, Chief of the Division of Pediatric Infectious Diseases at CHOP. “Using structure-guided design, we have developed a new way to design better antibiotics. Given the growing concern over antimicrobial resistance, we think this is an important step forward.”

Antimicrobial resistance poses a serious threat to public health, with some estimates suggesting that antimicrobial-resistant infections will cause as many as 10 million deaths per year by 2050. To combat this public health threat, scientists will need to develop new, chemically distinct antibiotics that can circumvent antimicrobial resistance, but most attempts to do so have either failed in animal or human models or have been unable to get sufficient levels of treatment to the desired tissues.

To tackle this problem, the researchers took a new approach that relied on exploiting bacterial metabolism, processes that are essential for bacteria to thrive. Drugs that inhibit these processes could eradicate the bacteria, but the chemical group that would inhibit those enzymes has a negative charge, which prevents the drugs from entering cells, creating a challenge.

One way to overcome that challenge is to chemically mask the undesirable negative charge with another chemical group. This strategy, known as prodrugging, adds a sort of shield – the “Trojan Horse” – that masks the negative charge, allows the drug to enter the cell, and then is removed during absorption to allow the original antibiotic to be taken up. However, the prodrug must also be resistant to host enzymes; otherwise, the prodrug mask will be removed too early, and the drug will never reach the desired tissue.

Focusing on Staphylococcus aureus, since methicillin-resistant S. aureus (MRSA) has been labeled a “serious threat” by the Centers for Disease Control and Prevention, the researchers looked for bacterial enzymes that interacted with specific targets that would not interact with host enzymes. Doing so, they were able to characterize two enzymes – GloB and FrmB – that each have defined substrate specificities – that is, highly specific molecules with which they will interact – and, importantly, those specificities are different than those of human enzymes. Thus, these enzymes could remove prodrug additions, activating the antibiotic, without the prodrugs first being degraded by the host.

Having determined GloB and FrmB were suitable bacterial enzyme targets, the researchers characterized the three-dimensional structures of GloB and FrmB, which confirmed their active sites and will enable ongoing structure-guided design of FrmB- and GloB-targeted prodrugs.

“This work paves the way for structure-guided development of S. aureus-specific prodrugs and establishes a pipeline for the identification of additional microbial prodrug activating enzymes,” John said. “We anticipate that these approaches will both guide the development of novel antimicrobials and lead to a more robust arsenal of anti-infective compounds with targeted specificity for the microbe over the human host.”

About Children’s Hospital of Philadelphia: Children’s Hospital of Philadelphia was founded in 1855 as the nation’s first pediatric hospital. Through its long-standing commitment to providing exceptional patient care, training new generations of pediatric healthcare professionals, and pioneering major research initiatives, Children’s Hospital has fostered many discoveries that have benefited children worldwide. Its pediatric research program is among the largest in the country. In addition, its unique family-centered care and public service programs have brought the 595-bed hospital recognition as a leading advocate for children and adolescents. For more information, visit http://www.chop.edu