Chairman of the Board of Avia Solutions Group Gediminas Ziemelis: Will Israel's 300 million euros vaccination experiment open the doors for tourism?

LONDON, March 1, 2021 /PRNewswire/ — Since the beginning of the global pandemic, many indicators have pointed towards vaccines as being the sole means of exiting the crisis. Without herd, immunity there was very little that could be done to tame the COVID-19 beast. Now, as global vaccination has already been rolled out, the world, and especially the aviation and tourism industries, are placing their hopes that the vaccines will prove to be the saviour that’s needed. 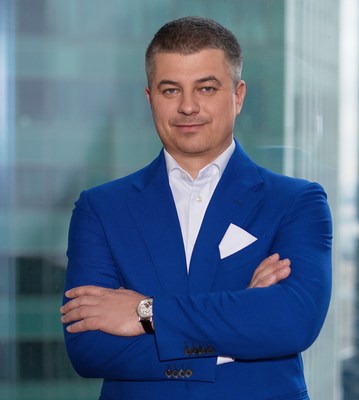 Unfortunately, the vaccination programmes of many countries are proving to be slower than anticipated, meaning it could be several more months until the results become clear. However, one country’s proactive approach to vaccination has the potential to become a global blueprint, and an example of how an effective vaccination can change the situation rapidly.

Even early into the global vaccination roll outs, Israel is already leading the way in the sheer numbers that have been vaccinated. To date, over 3.8 million residents have received the first vaccine dose and over 2.4 million have received the second dose. These impressive numbers mean that almost 28% of Israel’s population has already been vaccinated against the worst virus in living memory. Plus, according to the data so far available, it appears to be working.

Since the beginning of the Israeli vaccination roll out, on December 20, 2020, over 80% of people over the age of 60 have already been vaccinated. Sine that time, the country has seen 56% fewer infections, 42% fewer hospitalisations, and 35% fewer COVID-19 deaths after the second dose had been administered in this age group.

As an incentive for younger people to vaccinate, and as a means of reviving the tourism industry, Israel has made mutually beneficial tourism agreements with both Greece and Cyprus. Vaccinated individuals will be presented with a ‘Green Pass’ – displayed on a Health Ministry App indicating the vaccination status – allowing them to travel freely within these countries without being subject to the mandatory quarantine rules. Additionally, it is reported that the Israel is already involved in talks regarding the introduction of similar arrangements with United Kingdom, Estonia, Romania, Serbia, Georgia, and Seychelles.

Israel’s vaccination plan, which is already demonstrating its effectiveness, does not cheap. It has been whispered that Israel is paying significantly more than the EU for each dose of the BioNTech-Pfizer vaccine – reportedly about €23 per dose for Israel compared with the €12 paid by the EU. If these reported prices are correct, in order to reach herd immunity – according to immunologists this would require 70-80% total population inoculation – the country’s vaccination bill would roll in at between Euro 290 million and Euro 330 million. That figure does not include infrastructure, labour, or any other additional and associated costs. While Israel is already calling for everyone over the age of 16 to receive the Covid-19 shot, other countries around the world are still struggling with even the preliminary vaccination roll out.

In January of 2021, and despite the low numbers of vaccinations elsewhere in the world, the Technical Group of Global Tourism Crisis Committee – created by the UN World Tourism Organisation (UNWTO) –met to coordinate a plan of action to aid the hard-hit tourism industry. The meeting focused on the integration of vaccines with a unified approach to safe travel, while also launching a coordinated effort to promote confidence in this course of action. With this in mind, it is growing more and more likely that vaccination passports may become the key that reopens the global travel and tourism industries.

Iceland became the first Schengen country to issue digital Covid-19 vaccine certificates. Travellers in possession of the certificate will no longer need to undergo screenings, and will be exempted from official border restrictions.

Sweden, Singapore, Hungary, Thailand, and Australia have also already expressed their endorsement of, or plans to roll out some form of vaccination or immunity passports. While other countries, like Denmark and the United Kingdom, either faced public protests or simply rejected such proposals themselves.

Nevertheless, it is possible that proof of vaccination will become a necessity for travel in the future. It must be remembered that similar vaccination passport procedures, aimed at tackling Yellow Fever, Typhoid, and other diseases, are still required while travelling to many countries, most especially in Africa and Asia. However, like all new rules and regulations, these introductions won’t come without a fight from their opponents.

Currently, there are several vaccines that despite being actively used to vaccinate people, are not globally recognised. These vaccines include Sputnik V, already being used throughout Russia, and the Chinese vaccine Sinovac.

The use of ‘unrecognised’ vaccines raises another significant problem. If countries globally adopt a COVID-19 vaccination protocol – allowing those in possession of a recognised ‘COVID Passport’ to cross their borders – residents of countries like Russia and China who have received the ‘unrecognised’ vaccination may be refused entry. If that should happen, we may see significant changes in the aviation industry. Airlines may need to change their destinations as we witness new agreements being reached between countries affected by regulations restricting or allowing entry. Such changes could give rise to a private charter boom as the easiest and most convenient means of air transport to both China, and Russia.

As of right now, it is still too difficult to imagine what will happen in a month, or two because of the rapidly changing and evolving situation. But, one this is certain, with the steadily growing numbers of individuals being vaccinated, and the slow loosening of restrictions, the aviation and tourism industries, missed by thousands around the world, are preparing for their rebirth.

Gediminas Ziemelis is a founder and chairman of “Avia Solutions Group” – one of the largest aerospace servicing companies presented in more than 67 countries. In 2016, G. Ziemelis received a prestigious European Business Award in recognition for his visionary business management and development skills. The same year, under his leadership, Avia Solutions Group was named a national public champion in the category of Entrepreneurship, earning a spot in the top 110 of European businesses. Twice, in 2012 and in 2014, Ziemelis was acknowledged as one of the top 40 most talented young leaders in the global aerospace industry by the leading USA aerospace magazine „Aviation Week”. 2014 – 2017 Gediminas Ziemelis personally supported and consulted Chinese Banks (including ICBCL, CMBL, and Skycop) with regard to financing aircraft sale-leaseback transactions in the CIS region. His total value of transactions – more than $ 2 B. 2006 – 2013 Gediminas executed successful IPOs of 4 companies at OMX and WSE and raised public capital worth more than $ 100 M. 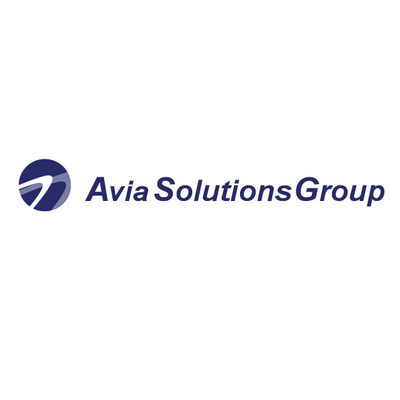