OTTAWA, ON, June 10, 2022 /CNW/ – The Canadian Cancer Society (CCS) today praised proposed federal regulations to require a health warning directly on every cigarette, a world first. This innovation was announced as part of a broader round of regulatory changes that will strengthen tobacco package health warning requirements in Canada. 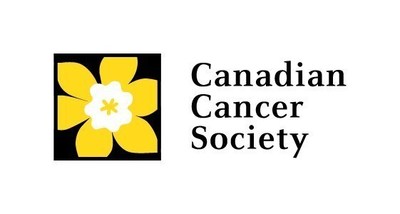 “Requiring a health warning on each individual cigarette will reach every smoker with every puff and should be implemented as soon as possible,” says Rob Cunningham, Senior Policy Analyst, CCS. “A warning on every cigarette simply cannot be ignored, especially considering that there are more than 20 billion cigarettes sold each year in Canada. Warnings on the cigarette itself will impact youth who may experiment by “borrowing” cigarettes from a friend or sibling. Moreover, the measure is supported by several dozen studies in Canada and internationally.”

CCS has long advocated for health warnings to appear on each cigarette and applauds the world leadership being demonstrated by the Canadian government. The measure will enhance awareness of cigarette’s health effects of smoking, reduce the appeal of cigarettes, generate discussion among smokers and encourage smokers to think twice with every cigarette. Warnings on individual cigarettes will even provide an anti-contraband measure by distinguishing cigarettes intended for legal sale in Canada. The measure is recommended for consideration in guidelines under the international tobacco treaty, the WHO Framework Convention on Tobacco Control.

In 2000, Canada was the first country in the world to adopt picture warnings on cigarette packages, a measure implemented in 2001. There are now more than 130 countries and territories that have implemented picture health warnings, following the Canadian precedent, as outlined in a 2021 Canadian Cancer Society report.

Tobacco use is the leading cause of preventable disease and death in Canada, killing almost 48,000 Canadians annually, including about 30% of all cancer deaths. Based on 2020 data, there are still 4.2 million Canadians who smoke, representing 13% of the population aged 12+. An enormous amount of work needs to be done to achieve the objective of under 5% of Canadians using tobacco by 2035.

About the Canadian Cancer Society
The Canadian Cancer Society works tirelessly to save and improve lives. We fund the brightest minds in cancer research. We provide a compassionate support system for all those affected by cancer, from coast to coast and for all types of cancer. As the voice for people who care about cancer, we work with governments to shape a healthier society. No other organization does all that we do to make lives better today and transform the future of cancer forever.
Help us make a difference. Call 1-888-939-3333 or visit cancer.ca today.