Canada's "No Sugar King" Bursts into The Big Game

TORONTO, Feb. 4, 2022 /CNW/ – In a hilariously censored 30-second spot airing nationally during the 2022 big game, Canada’s own “No Sugar King” Brad Woodgate, CEO of the No Sugar Company, demonstrates the energetic happy dance #Joywalk to celebrate the company’s newest products, a line of five naturally caffeinated and flavoured sparkling energy drinks. This is the first no sugar, naturally caffeinated, energy drink to be released in the Canadian market.

The No Sugar Company CEO self-funded the “Natural Energy. It’s a Thing” campaign featuring Joyburst, a “better for you” line of naturally caffeinated energy drinks containing (you guessed it), no sugar. With all natural and easy-to-read straightforward ingredients, the drinks have zero calories and are also Keto Verified and Gluten-free.

“To be at the stage where we can air a spot during this legendary sporting event  is a dream come true and there’s no bigger spectacle for this brand,” says Brad Woodgate, CEO and founder of No Sugar Company. “We wanted to reach a mass audience with a lighthearted, viral and joyful message that you don’t need synthetic ingredients or sugar to energize your day.”

In addition to its debut on CTV, the commercial will air nationally on the network for at least a month after the big game. Equally as exciting as the TV commercial, the campaign and #Joywalk will be supported by content creators on social media platforms, as well as in store sampling, POS support and public relations.

“You’ve got to bring the energy when you’re launching a drink like Joyburst and we believe the viral nature of the #Joywalk embodies that,” says Ray Rainville, Emmy award- winning creative director of Consolidated Content. “We wanted to capture the feeling you get when you enjoy the beverage in a fun way that’ll make a splash and kudos to Brad for strapping on his dancing shoes!”

Joyburst will launch on joyburst.com, across Walmart Canada, Calgary Co-op, Natura Market, Supermarché PA, Goodness Me, Nature’s Source and other independent retailers across the country, as well as select Costco regional stores.

About No Sugar Company
No Sugar Company was launched in 2018 with the goal of helping people live a healthier lifestyle. After countless attempts to create the perfect no sugar snack, it landed on the taste and texture enjoyed today with a wide range of products, including No Sugar Keto bars and Keto Bombs, Keto Ice Cream Barz, etc. The latest product offering, Joyburst, has the company expanding into the beverage market with a line of natural energy  drinks. No Sugar Company has quickly become one of the fastest growing consumer packaged goods companies in North America and its products are now available in over 50 countries including Mexico, the United Kingdom, Australia, and China. Learn more at: Thenosugarcompany.com

About Brad Woodgate
Brad Woodgate is a self-made Canadian serial entrepreneur who, over the last 22 years, has turned an initial thirty-thousand-dollar investment into over a billion dollars in sales. Having launched several successful companies in the health and wellness space, he has managed over 500 employees, launched over 700 products, and distributed to more than 75 countries. Over the years, Brad also helped many people and celebrities reach their wellness goals. In 2015, based on his own health concerns, Brad took a very strong interest in the effects of refined sugar on our health. This led to the establishment of the No Sugar Company in 2018, which has quickly disrupted the global food industry and is now one of the fastest growing consumer packaged goods companies in North America. He is also the author of No Sugar In Me, a book about changing your lifestyle through eliminating refined sugars. 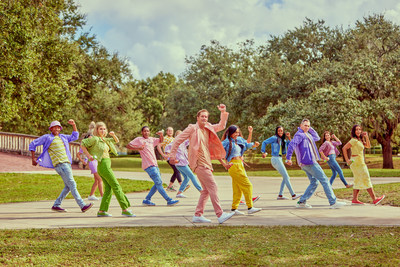