VANCOUVER, BC, July 26, 2021 /CNW/ – Every Canadian deserves a safe and affordable place to call home. However, the COVID-19 pandemic has increased the need for affordable housing and led to rising levels of homelessness. The Government of Canada created a national strategy to create hundreds of thousands of units and provide affordable housing to people across the country. By continuing to make investments in affordable housing, the government is building stronger communities, creating jobs, and growing our middle class, while fighting homelessness and helping vulnerable Canadians.

The Honourable Ahmed Hussen, Minister of Families, Children and Social Development and Minister Responsible for Canada Mortgage and Housing Corporation (CMHC), the Honourable Hedy Fry, Member of Parliament for Vancouver Centre, and Kennedy Stewart, Mayor of Vancouver, today announced $31.8 million to create an estimated 65 new affordable homes for individuals and families in Vancouver through the Cities Stream under expanded Rapid Housing Initiative (RHI). These housing units will support Canadians who are in uncertain housing situations, experiencing or at risk of homelessness, or living in temporary shelters because of the pandemic.

This is in addition to the Government of Canada’s previous investment of $51.5 million through the first phase of the Rapid Housing Initiative to support the creation of approximately 135 housing units in Vancouver.

In addition, in Vancouver under the projects stream, the government of Canada announced an investment of $53.1 million in funding for three separate projects, creating up to 188 units/beds.

In its initial round, with funding of $1 billion announced in October 2020, the RHI exceeded its original target of 3,000 permanent affordable housing units and achieved 4,700 units nationally. Due to this success, an additional $1.5 billion for the Rapid Housing Initiative (RHI) was recently announced to create 4,500 new units of permanent affordable housing across the country. Thanks to this expansion, this initiative will now create over 9,200 affordable homes for the most vulnerable Canadians across the country.

This new investment will create thousands of good jobs in the housing and construction sector, grow the middle class, and build back stronger communities, while getting us closer to our goal of eliminating chronic homelessness in Canada

“Every Canadian deserves a safe and affordable place to call home. Today’s funding through the Rapid Housing Initiative will go a long way to support those who need it most by quickly providing approximately 65 new affordable homes for vulnerable individuals and families in Vancouver to keep them safe. This is one of the ways our National Housing Strategy continues to ensure no one is left behind.” – The Honourable Ahmed Hussen, Minister of Families, Children and Social Development and Minister responsible for Canada Mortgage and Housing Corporation

“We have seen how COVID-19 has worsened existing housing and homelessness challenges and without urgent action by the Government of Canada, the pandemic could lead to a dramatic increase in homelessness. Creating housing rapidly to address this housing crisis is a priority for our Government. This new funding is part of our commitment to addressing severe housing needs across the country. It will provide immediate support to create safe and stable housing to thousands of vulnerable individuals and families.” – The Honourable Hedy Fry, Member of Parliament for Vancouver Centre

“The housing crisis is one of the most critical issues facing our City.  We’re making good progress building new social housing, but we have a lot more to do before everyone has a roof over their head and a place to call home.  Today’s announcement is another important step in the right direction. I thank the federal government for their ongoing support.” – Kennedy Stewart, Mayor of Vancouver

As Canada’s authority on housing, CMHC contributes to the stability of the housing market and financial system, provides support for Canadians in housing need, and offers unbiased housing research and advice to all levels of Canadian government, consumers and the housing industry. CMHC’s aim is that by 2030, everyone in Canada has a home they can afford, and that meets their needs. For more information, follow us on Twitter, Instagram, YouTube, LinkedIn and Facebook. 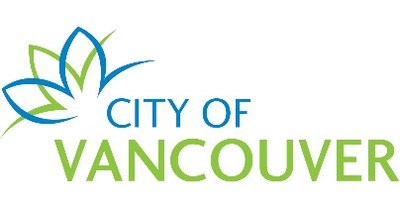