Bell Beh, Co-Founder & CEO of BuzzAR said, “This is a US$800 billion business by 2024 according to Bloomberg, by dominating the Southeast Asia market earlier since 2013, we have attracted high profile VCs, PEs.“

“BuzzAR is poised to be Southeast Asia’s first Metaverse startup that has fully scaled the 7 enablers of the Metaverse, which is online gaming (2013), VR (2015), Augmented Reality (AR) (2018), Digital Twin (2019), Avatar engine (2021). In 2022, BuzzAR is launching the last 2 enablers, which are Web3 games and Social Networking (2022). The company is launching 3 GameFi projects, riding on BuzzAR’s HappyToon avatar engine, where 2 million avatars have been generated by users from 163 countries. There are investors in the pipeline to raise its first 8 figures funding to scale the vision of building an inclusive metaverse.”

BuzzAR’s Co-Founder & CTO, Ken Lim, has published 20 games and amassed 20 million players without VC funding. Now, he joins BuzzAR with all the profitable business assets from Play Spirit Games, including The Cooking Game VR, the No.1 Cooking VR game on Meta (Oculus Rift). 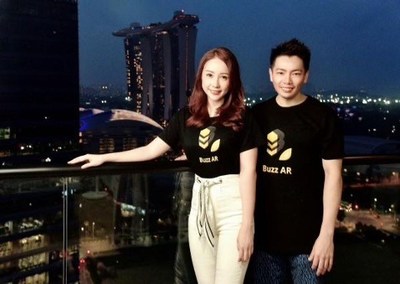 BuzzAR’s ambition is to scale the metaverse business globally, after gaining accelerated growth in Southeast Asia, with A-list venues signing multi-year contracts, featuring the most exquisite venues to the global audience. The company has delivered stellar revenue growth, with over 10x revenue growth, post-acquisition.

Bell Beh, also a UC Berkeley Scholar alumni, is returning to the Bay Area in March to meet top VC firms at the SandHill road, participate in SXSW, and discuss further fundings. The team will also set up an office in the US in preparation for its global expansion.