ORCHARD LAKE, Mich., June 14, 2022 /PRNewswire/ — In its 37th year of honoring the nation’s most elite high school athletes, Gatorade today announced Brock Porter of St. Mary’s Preparatory School in Orchard Lake, Mi. is the 2021-22 Gatorade National Baseball Player of the Year. Porter won the prestigious award for his accomplishments on and off the field, joining an impressive group of former Gatorade National Baseball Players of the Year who have combined for four MLB MVP awards, 42 All-Star appearances and 27 MLB first round draft picks. 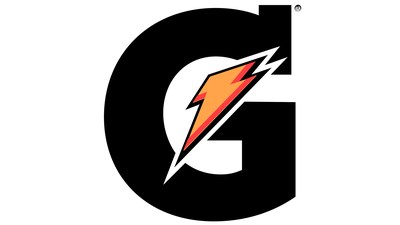 New York Mets shortstop Francisco Lindor virtually surprised Porter with the news, while his family, coaches and teammates showed up with the trophy at school. Check out a video of the announcement here.

The award, which recognizes not only outstanding athletic excellence, but also high standards of academic achievement and exemplary character demonstrated on and off the field, distinguishes Porter as the nation’s best high school baseball player. The Gatorade Player of the Year Selection Committee, which leverages experts including coaches, scouts, media and others to evaluate candidates, selected Porter from nearly half a million other student-athletes who play high school baseball nationwide.

Competition for the national award was fierce. Porter topped the list of state winners in baseball who collectively boast an incredible list of accomplishments, including 35 with signed National Letters of Intent to play at Division I colleges/universities, 27 who joined two or more charitable organizations and 18 with a GPA of 4.0 and above.

“Brock Porter is such a deserving winner of the Gatorade National Baseball Player of the Year Award,” said Jim Callis, senior writer for MLB Pipeline. “He’s the best high school pitcher in the country, potentially the first pitcher to be selected in the 2022 Draft, and a driving force on one of the best high school teams in the nation. He’s 6-0 with a 0.167 ERA and 87 strikeouts in 42 innings, and he does damage at the plate with a .517 average, four home runs and a 1.528 OPS in 29 at-bats. He also stands out with his work in the classroom and by helping others.”

At the time of his selection, the 6-foot-4, 215-pound senior right-handed pitcher had led the Eaglets to a 42-0 record, a No. 1 national ranking by MaxPreps and the semifinals of the Division 1 state postseason tournament, scheduled for June 18. He compiled an 8-0 record on the mound through 42 games with a 0.271 ERA and 109 strikeouts against 23 walks in 51.2 innings. He also posted a WHIP of 0.619 and held opposing batters to a miniscule .056 average. In 35 at-bats this spring entering the state final four, he hit .486 with 17 RBI, four home runs and an OPS of 1.412. Ranked as the nation’s No. 12 prospect in the Class of 2022 by Baseball America and No. 7 by Perfect Game, Porter was a 2021 MLB Player Development Pipeline invitee. Michigan’s returning Gatorade Baseball Player of the Year, Porter was also the winning pitcher of the 2019 state title game, he fired a complete-game six-hitter in last year’s semifinals, surrendering one run and fanning 12 to help lead St. Mary’s to Collegiate Baseball News’ No. 1 national ranking in 2021.

A past student council president and vice president at St. Mary’s, Porter is an altar server at the Holy Spirit Church and is a student representative for his school with the Michigan High School Athletic Association Student Advisory Committee. He has also volunteered locally on behalf of St. Williams Church and the Miracle League, in addition to donating his time to the Pickens Baseball Academy as well as multiple community service initiatives in association with the National Honor Society.

Porter has maintained a 4.24 weighted GPA in the classroom. He has signed a National Letter of Intent to play baseball on scholarship at Clemson University this fall, but is projected as an early-round selection in July’s Major League Baseball draft.

“There are nearly six million student-athletes who participate in the 12 sports we award Gatorade Players of the Year,” said Gatorade Senior Vice President and General Manager Brett O’Brien. “It’s a testament to Brock Porter’s hard work and incredible achievements on and off the field that have outshined the competition not just in his state, but the whole nation.”

Gatorade has a long-standing history of serving athlete communities and understands how sports instill valuable lifelong skills on and off the field. Since the program’s inception in 1985, Gatorade Player of the Year award recipients have won hundreds of professional and college championships, and many have also turned into pillars in their communities, becoming coaches, business owners and educators. Previous winners include a distinguished list of athletes, such as Peyton Manning, Abby Wambach, Jayson Tatum, Elena Delle Donne and many other sports icons.

To learn more about the Gatorade Player of the Year program, check out past winners or to nominate student-athletes, visit playeroftheyear.gatorade.com or follow us on social media on Facebook at facebook.com/GatoradePOY, Instagram at instagram.com/Gatorade and Twitter at twitter.com/Gatorade.

The Gatorade Company, a division of PepsiCo (NASDAQ: PEP), meets the needs of consumers who participate in sports and fitness, through brands that include Gatorade, Propel, Muscle Milk, and Evolve. The solutions they provide are driven by a deep understanding of the unique occasions and needs across athletic activity. Gatorade, their marquee brand, is underpinned by a 56-year history of studying the best athletes in the world, and sports nutrition research by the Gatorade Sport Science Institute, allowing it to provide scientifically formulated products that meet athletes’ needs both on and off the field. For more information and a full list of products, please visit www.gatorade.com.

PepsiCo products are enjoyed by consumers more than one billion times a day in more than 200 countries and territories around the world. PepsiCo generated more than $79 billion in net revenue in 2021, driven by a complementary beverage and convenient foods portfolio that includes Lay’s, Doritos, Cheetos, Gatorade, Pepsi-Cola, Mountain Dew, Quaker, and SodaStream. PepsiCo’s product portfolio includes a wide range of enjoyable foods and beverages, including many iconic brands that generate more than $1 billion each in estimated annual retail sales.