Brandt to Acquire the Regina Pats

REGINA, SK, March 12, 2021 /CNW/ – The Regina Pats Hockey Club is pleased to announce that it has been acquired by the Brandt Group of Companies. Brandt has been a co-owner of the WHL team as a partner in the Queen City Sports and Entertainment Group since the local consortium originally acquired the franchise in April, 2014. 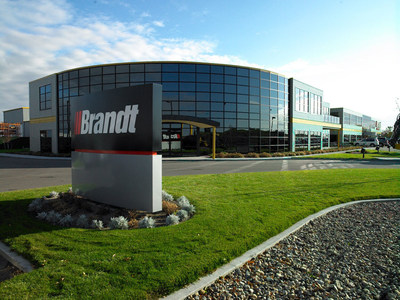 The deal has received approval from the WHL Board of Governors and Brandt will take over sole ownership of the Pats organization, effective immediately.

“This is a very exciting day for the entire Regina Pats organization; Brandt has played a key role in supporting and building up our organization over the years,” says Regina Pats General Manager, John Paddock. “Especially now, as we look forward to an end to the uncertainty resulting from COVID-19 and its restrictions, it is tremendously reassuring to have the strong backing of the Brandt organization and the Semple family.”

The Regina-based company is stepping in at a time when the CHL is facing operating restrictions from coast to coast.  Closed rinks and closed borders have put pressure on the bottom line for Canadian junior hockey teams, so the stability of strong new ownership with a long-term vision is welcome news for the Regina franchise.

“The pandemic has created exceptional challenges for sports organizations like the WHL and the Pats have felt the effects like everyone else,” says Brandt Group of Companies CEO, Shaun Semple. “At Brandt, we are huge Pats fans and strong believers in the importance of community. Regina is our hometown and we’re committed to ensuring a secure future for our home team.”

The Semples’ vote of confidence in the Pats is well timed, coinciding with Regina’s debut as a ‘Hub Center’ host for WHL East Division teams for the abbreviated 2020-21 season, set to open Friday evening at 8:00pm when the Pats take on the Prince Albert Raiders at the Brandt Centre.

Current Pats President Todd Lumbard with remain with the organization in an advisory capacity.

Due to COVID restrictions on public gatherings, Regina Pats fans can listen to the action live on 620CKRM radio, watch it on Access TV or they can follow their team online, livestreaming all games/all divisions via CHL TV on their computer, mobile phone or tablet. Single-game and season passes are now on sale at watch.chl.ca.

CHL TV passes for Friday night’s home opener will be available to Pats fans at no charge.

About the Regina Pats

Founded in 1917 as the Regina Patricia Hockey Club, the Regina Pats have been a Queen City tradition for more than a century. Named for the Princess Patricia’s Canadian Light Infantry, the team is the oldest major junior hockey franchise in the world that has continuously operated from their original location and used the same name. The Pats are proud members of the Western Hockey League, having won WHL championships in 1974 and 1980 and are four-time Memorial Cup champions, with victories in 1925, 1928, 1930, and 1974. The team was named after the Princess Patricia’s Canadian Light Infantry during the First World War; a history resonates with the fans and community, especially with the coveted Memorial Cup being named to honor Canada’s First World War casualties. In 1977, the team moved from the Regina Exhibition Stadium to the new Agridome, since renamed the Brandt Centre. Most recently, the Pats were the host team for the 2018 Memorial Cup.

About the Brandt Group of Companies