Bill C-218: True Reconciliation is a Commitment, not a Wager

KAHNAWAKE, QC, June 4, 2021 /CNW Telbec/ – In recent days, Indigenous communities have been faced with working through events that are resurfacing deeply embedded trauma. These events are a clear indication that there is a broken relationship between Indigenous Peoples and Canada, and is a stark reminder that reconciliation remains highly elusive. 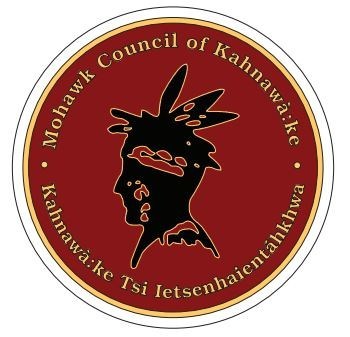 Indigenous voices need to be heard and respected when discussing matters that impact our communities, independence, and economy. Indigenous communities need to be in control of fundamentally shaping our own future.

The Mohawks of Kahnawà:ke (MCK), to this end, have repeatedly expressed concerns over Bill C-218 which is currently before Senate. While we do not oppose the Bill itself, it is critical that amendments be made in order to protect our inherent rights and local economy.

We are seeking an accommodation that provides for Indigenous governing bodies to continue to conduct and manage gaming and betting, and to engage in agreements with the government of Canada to this effect.

The MCK has expressed this point to the Federal government of Canada repeatedly, and as recently as the night of June 3, 2021 to the Senate Committee reviewing Bill C-218.

Our recommendations are being ignored.

Let us be crystal clear: without amendments, First Nations are not mentioned under the Criminal Code, and anyone viewing the Code in isolation can come to the wrong conclusion that Kahnawake’s assertion of its inherent right is breaking the law. We cannot – and should not – have such a potential cloud hanging over our reputation.

Furthermore, this accommodation will allow Indigenous Nations that have been excluded by their provinces to open discussions on terms of agreement with the Government of Canada.  It will benefit First Nation-led socioeconomic activities, allowing entire communities to continue and build self-sufficiency without being questioned under the Criminal Code.

The amendments being proposed by Kahnawà:ke are a real, and meaningful, step towards reconciliation. These accommodations should be offered at the outset for Indigenous communities, we should not even have to ask. We are offering a simple solution, and must be heard. Hearing us, and meaningfully integrating changes is what free, prior and informed consent means to the Mohawks of Kahnawà:ke.

True reconciliation requires action. It requires dialogue. And it requires being heard. We will not settle for anything less.