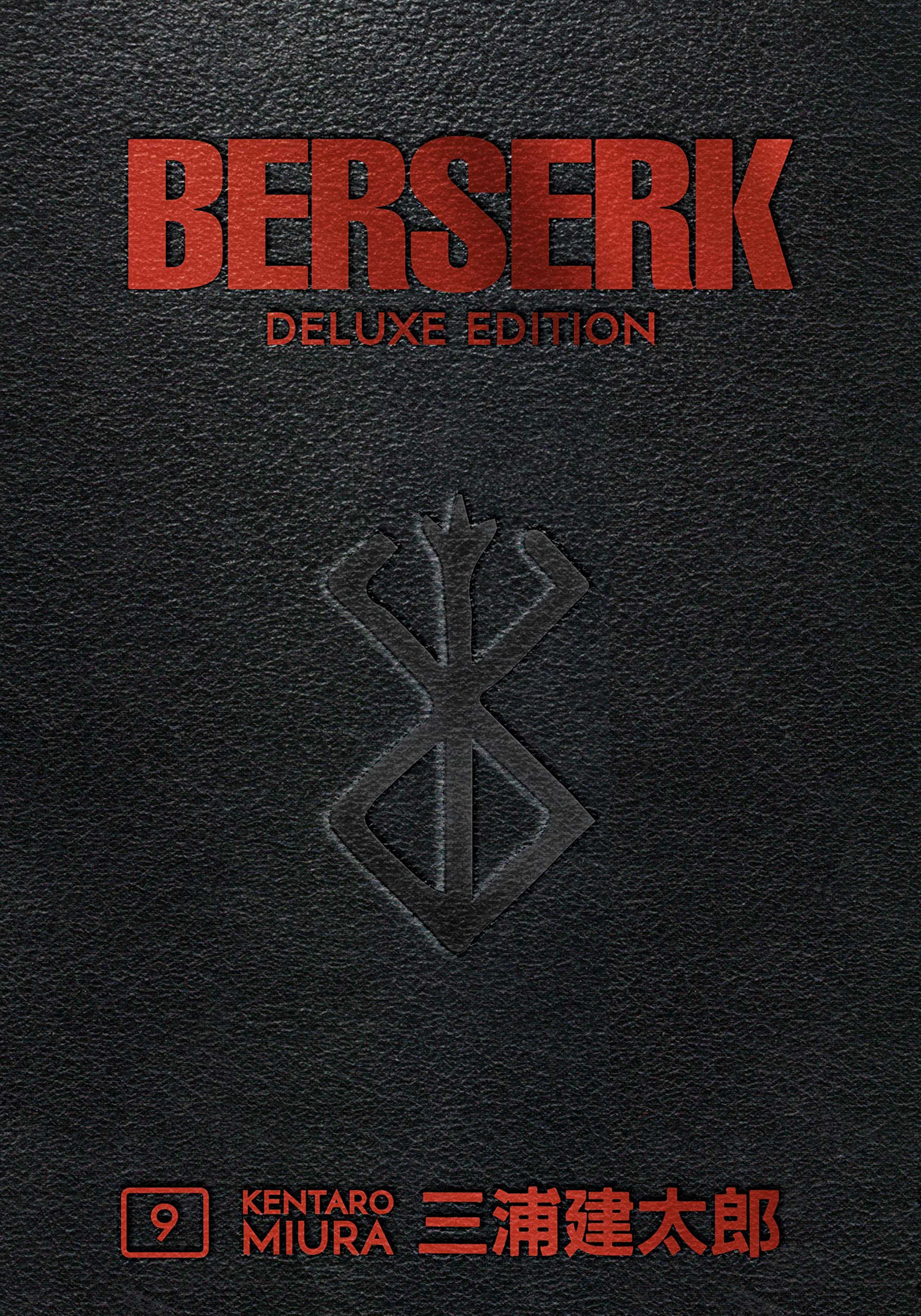 Berserk, The Way It Was Meant To Be Presented!

With 3 volumes packed into each Deluxe Edition each book comes in a leatherette binding to keep the guts intact and your bookshelf looking gorgeous.

Art Jumps Off The Page

Immerse yourself in the Berserk universe like never before. These gorgeously detailed editions even come with a ribbon book mark to keep your place so you never have to bend a page again.

Perfect For Fans of Adult Manga

Berserk is one of the longest running manga series around for a reason. Not for the squeamish or the easily offended, Berserk asks for no quarter – and offers none! See what legions of fans have been raving about.

Feel the action as you are immersed in the hundreds of pages of ultra detailed art per volume.

Often referred to as the Game of Thrones of manga, Berserk is a dark fantasy set in a medieval Europe inspired world.

Read Berserk the ultimate way with the Deluxe Editions!
The badass champion of adult fantasy manga is presented in an oversized 7″ x 10″ deluxe hardcover edition, nearly 700 pages amassing the first three Berserk volumes. No Guts, no glory! The reigning king of adult fantasy manga now in deluxe 7×10 hardcover editions, this crossroad will take Guts to fame and glory . . . and to damnation! Collects Volumes 4-6 of Berserk. The hundred-year war between the kingdoms of Midland and Tudor nears an end as the legendary Band of the Hawk mercenaries and the fearless berserker champion Guts, turn the tide in Midland’s favor. Collects volumes 7-9 of Berserk. Guts, the feared Black Swordsman, has saved the Band of the Hawk mercenaries from the army of Midland, but he must now descend into the dungeons of Windham Castle to liberate the Hawks’ charismatic leader. Collects Berserk volumes 10-12. The Hawks’ berserker champion, Guts, will take on perdition itself to save his lover, Casca, from the profane violations that only Hell can offer! Collects Berserk volumes 13-15, and includes Berserk Prototype, the original Berserk submission story. Marked with the unholy Brand of Sacrifice that draws the damned to him, Guts the Black Swordsman battles the minions of Hell that thwart his search for Casca, his former captain and lover. Collects Berserk volumes 16-18.

Catch up with the newest volumes of Berserk now, or check out the first ever Berserk Novel!
Berserk has conquered the worlds of manga and anime, and now comes the essential roadmap to the sprawling Berserk universe, exploring the characters, creatures, settings, and stories of Berserk’s first 38 volumes. Guts the Black Swordsman and company reach the isle of Skellig in hopes that Elven magic can cure the afflicted Casca, but the cure could come at a deadly cost. To cure the afflicted Casca, Guts and company battle Elf Island’s magical defenses and finally reach Elfhelm, where the elven ruler opens the Corridor of Dreams, projecting Schierke and Farnese into the forbidding wasteland of Casca’s mind. Deep within the nightmare realm of Casca’s dreams, Schierke and Farnese battle endless horrors to reach the dark secret that has imprisoned Casca’s mind for so long. The first Berserk novel, conceived by series creator Kentaro Miura and written by Makoto Fukami, novelist and screenwriter for the Berserk anime, Psycho-Pass and Resident Evil Vendetta. This novel contains 10 full-page illustrations by Kentaro Miura

Unfuck Your Brain: Getting Over Anxiety, Depression, Anger, Freak-Outs, and Triggers with science (5-Minute Therapy)

My First Book of Baby Signs: 40 Essential Signs to Learn and Practice