CHULA VISTA, Calif., Aug. 12, 2022 /PRNewswire/ — For many, taking the risk to new heights is a tough move, and with execution comes new challenges. For the Battle Bunker, taking risks is what the brand is built on — as the company ventured to a new milestone by partnering with Chula Vista Elite Training Center. The Battle Bunker is a Veteran founded fitness show that plans to expand the brand with fitness competitions. 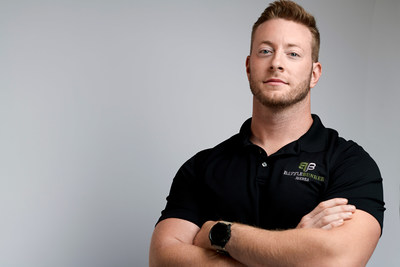 "While Battle Bunker is dedicated to creating inspiring fitness series content, this partnership would mean we have an excellent place for physical events," says Austen Alexander, founder of the Battle Bunker.

The Story Behind Battle Bunker

The Battle Bunker produces challenge videos that take athletes, occupations, and creators through rigorous military-style fitness events to inspire viewers to burn through excuses and be at their best every day.

Austen Alexander, the founder, built an obstacle course consisting of 9 obstacles in the deserts of California after his discharge from the U.S Navy in 2020. "If you build it, they will battle" is the focus of Austen’s thinking behind the building of the first course. He mentions this because he was unsure if athletes would want to come to the course or even if the series would work.

The Battle Bunker has run into challenges from the start. Since the business model is based on producing for Youtube, sometimes the platforms change, resulting in drops or spikes in viewership. But with 21 episodes and a little over 17,000,000 views across all platforms, the Battle Bunker has room to grow into a better location. With the partnership with the Chula Vista Elite Athlete Training Center, they now have access to hotels, cafeterias, showers, offices, and space to build their new obstacle course. This is something they never had before.

Chula Vista has a 155-acre Olympic training center with rolling hills, tracks, fields, and archery ranges. Within its perimeter, and with the Battle Bunker partnership, it will incorporate a 22 obstacle course that will test both endurance and strength. The number "22" is significant in the Veteran community as it is the number of Veterans on average that fall victim to mental health issues every day. The Battle Bunker is deeply rooted in the military community, so this is an anchor point to which the new course will bring awareness.

Parable of the Sower (Parable, 1)