Produced by Big Soul Productions, a 100% Indigenous-owned production company, and airing on APTN Fridays at 8 pm and Saturdays at 12 pm, Friday Night Thunder captures the emotions, community, and connection at the core of the dangerous sport. Spectators watch as drivers careen around a 3/8 mile track with low visibility—crashes are inevitable and devastating, while winning has little material reward. Friday Night Thunder digs deeper into what makes dirt racing at the Ohsweken Speedway a time-honoured tradition among many families in the Six Nations of the Grand River Territory in southern Ontario.

“It’s not necessarily about racing, it’s about the family dynamic of racing—both real and track families,” says Laura Milliken, producer and director. “It’s about how important living is, looking for the light in your life.”

The series follows Glenn Styres, the founder and owner of Ohsweken Speedway, in the aftermath of a career-ending crash. Styres acts as a mentor and role model to the drivers, providing support on and off the track. Styres built the track 25 years ago and it has been a staple in the region ever since. “It’s really a good thing that Glenn did, because I think it has brought the community together and gives them something to do and keep busy on Friday nights,” said driver Alex Hill in an interview with the CBC. Hill, a 21-year old sprint car racer, is currently the only Indigenous woman to compete in the American Sprint Car Series.

Friday Night Thunder was produced with the participation of APTN and CMF. 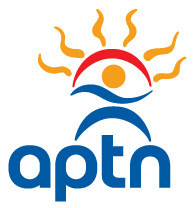