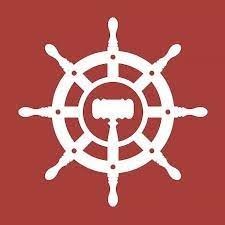 “We thank the jury and the Court for their hard work, attention, and for the multiple not-guilty verdicts for Colonel Owen Ray. However, Colonel Ray does not agree with the guilty verdicts and will be appealing all convictions,” stated Ausserer. “It was clear, based on our discussion with the jury afterwards, there was a misunderstanding and misapplication of the law.  That, along with several issues, will be challenged on appeal.”

Intent on self-harm-suicide, Colonel Ray had a handgun when his wife called 911. He holstered his weapon and proceeded upstairs. Triggered by the overwhelming police response that surrounded his house, Colonel Ray kicked in a door at which time the door allegedly hit his wife – the only physical injury stemming from the event. The event led to a standoff with local police but ended peaceably. Despite the absence of loss of life, Colonel Ray was sentenced to 60 months (five years) behind bars today.

The US Army evaluated all aspects of the incident and concluded that there would be no charges against Colonel Ray and he was honorably discharged. Colonel Ray was found to be 100% permanently disabled by the Department of Veterans Affairs for the severity of his service-connected health conditions, including chronic and severe Post Traumatic Stress Disorder (PTSD), a Traumatic Brain Injury (TBI), depression, While on bail for 20 months Colonel Ray diligently addressed his cumulative cost of decades of war.  He has completed inpatient treatment programs comprehensive inpatient and outpatient treatment to address health challenges.

While Colonel Ray is heartbroken by his uncharacteristic behavior and acknowledges responsibility for the actions, video and 911 transcript evidence, proved his intent was solely to harm himself and no one other than himself.

“There are no words that adequately explain how sorry I am for any fear that my children and wife  felt the evening I decided to end my life. I deeply regret any unintended physical harm that my wife encountered due to me kicking the door. I never meant to hurt anyone other than myself,” Colonel Ray stated. “For the last two years I have worked, in complete compliance with the court and legal system, and sought medical treatment to heal mentally and physically. I have faith that the night I decided to live verses ending my life will lead to restoration and hope – not just for myself but for my family and others.”

Colonel Ray has been advocating for mental health reform in the Armed Forces, including recognizing the issues surrounding our soldiers and the pressures this country places on them. Prior to his sentencing he was speaking and writing on mental health awareness and support. Part of Colonel Ray’s healing journey has been to help others by launching the Restore and Repurpose website www.owenray.com.