CHARLES TOWN, W.V., Nov. 19, 2021 /PRNewswire/ — American Public University System (APUS) today announced that Javier Miyares has been appointed to its Board of Trustees. Miyares is a highly respected academic leader with over 20 years of experience driving innovation and change in online higher education, most recently as president of University of Maryland Global Campus (UMGC). 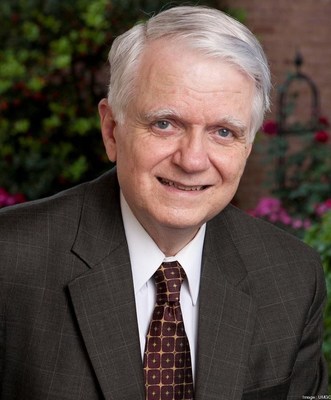 “At APUS, we aspire to be the best value in lifelong adult education for the service-minded student. We are confident that Mr. Miyares’ track record and leadership will advance APUS in its ambition to help students leverage education to achieve their purposes and become successful in the next chapters of their lives,” said Frank Ball, APUS Board of Trustee Chairman. “The trustees share in my excitement, and we enthusiastically welcome him to our Board.”

Miyares served as president for eight years at UMGC until September 2020, and then worked in an advisory capacity with the University System of Maryland (USM) until June 2021. During this time he led UMGC through several major shifts, increased enrollment, and expanded academic programs despite significant headwinds.

“I am honored and humbled to be working with an online higher education pioneer that shares my commitment to delivering affordable and accessible higher education to students of all backgrounds,” said Miyares. “It’s a privilege to help build upon APUS’s strong track record over the last 30 years.”

As UMGC president, Miyares accomplished many milestones, such as building on existing community college articulation agreements, expanding partnerships with employers, and launching several successful scholarship programs. He started there as a vice president in 2001.

Miyares has served on the Board of Directors of the American Council on Education (ACE), as a commissioner with the Middle States Commission on Higher Education, on the Board of Directors of Achieving the Dream, and on the U.S. Department of Veterans Affairs Veterans Advisory Committee on Education. He has his bachelor’s degree and master’s degree from University of Maryland, College Park.

*Based on FY 2019 Department of Defense tuition assistance and Veterans Administration student enrollment data, as reported by Military Times, 2020.