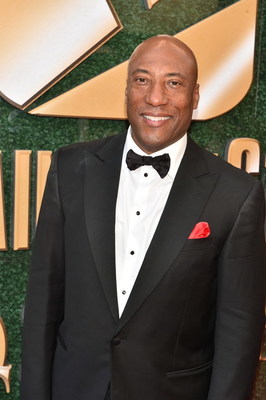 As a media entrepreneur and the only Black owner/operator of “Big 4” network affiliated broadcast TV stations in the U.S., as well as the owner of traditional and digital media platforms, including The Weather Channel, TheGrio.com, LocalNow, JusticeCentral.TV, Comedy.TV, Cars.TV, HBCUGo.TV, Pets.TV, Sports.TV, Recipe.TV and many others, I take very seriously the role of the Federal Communications Commission in promoting diversity, supporting localism, and protecting freedom of speech.  That is why I am supporting Gigi Sohn to be confirmed as an FCC Commissioner.

It should not be the case in 2021 that Black Americans, who comprise approximately 12% of the U.S. population, own a majority interest in less than 2% of full-power broadcast TV stations.  I should not be the only Black American who owns and operates major network affiliated stations.  The FCC is charged with promoting diversity of ownership and viewpoints yet has fallen short of achieving a truly diverse media landscape.  Gigi Sohn understands and is a champion against this inequity.  Over many years, she has worked nonstop to promote greater competition and more minority ownership in broadcasting.  As a commissioner, she would have the tools to improve ownership diversity among FCC licensees.  As the first openly LGBTQ person in history nominated to the FCC, Gigi truly understands on a personal level why diversity and inclusion for all Americans matters.  Please note that Mignon Clyburn, the first Black woman ever to serve as acting Chair of the FCC, understands the job extremely well and supports Gigi’s confirmation, and so do I.

As an owner of local broadcast TV stations, I understand the critical importance to the health and safety of our citizens, as well as to our democracy, of robust local broadcast news organizations.  According to the Pew Charitable Trusts, most Americans prefer to get their local news from local broadcasters.  The FCC is supposed to promote localism but often fails to protect local broadcast affiliates against abuses from much larger companies and industries.  Gigi Sohn understands this innately.  For years, she has advocated for restoring a more reasonable balance of power between local broadcasters and major conglomerates in the communications ecosystem.  She will use her seat on the FCC to bring the “local” back to localism.

Finally, as someone who speaks out against injustice, racism, unfairness, and corruption wherever and whenever I see it, I value our American freedom of speech, and Gigi Sohn will help protect our rights as American citizens.  Whether fighting for an open Internet or for the free speech rights of conservatives with whom she disagrees, Gigi advocates for all people to speak and be heard.  That is why multiple conservatives who disagree with her on a lot of issues publicly support Gigi’s confirmation to the FCC.  They have seen her fight tirelessly for diversity and freedom of speech.  The Senate should act quickly to confirm Gigi Sohn to the FCC.  She will do a great job for our country!!!