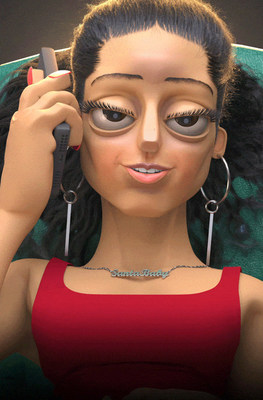 Santa Baby, the 11-track album, features Keys’ soulful, raw, fresh reimagining of seven beloved holiday classics as well as four original songs including “December Back 2 June,” “You Don’t Have To Be Alone,” “Old Memories On Xmas,” and “Not Even The King.”

“We are again so grateful for the opportunity to collaborate with Alicia Keys to offer fresh, compelling ways to connect to her fans and our members,” said Rob Matousek, Executive Director-Direct to Consumer Business at American Greetings. “We’re excited that this collection is generating awareness for both her incredible new holiday album as well as our new Creatacard™ line of digital greeting cards.”

The Alicia Keys Creatacard collection is available now on www.americangreetings.com and www.bluemountain.com. Creatacard from americangreetings.com is an easy-to-create custom virtual greeting card that replicates the most-loved features of paper cards such as adding a personal message, signing your name, and including photos. The Alicia Keys Creatacard collection includes animated cover artwork and music clips when the card is opened. In a few simple steps, you can create and send in an email, text, messaging app or as a social post. You can even include a gift card. Plus, if needed, you can print your card from home.

American Greetings is a global leader in the large and enduring Celebrations marketplace. The company helps people celebrate holidays, each other, and all of life’s special moments, in-person and online, guided by a mission to “make the world a more thoughtful and caring place every single day.” American Greetings offers products wherever and however, people wish to purchase them – online, in-store, or curbside pickup.  Celebrations happen throughout the year, driven by traditional holidays, key milestone moments such as weddings, baby showers and graduations, as well as recurring everyday events such as birthdays and anniversaries. The company’s brands include American Greetings, Papyrus, Recycled Paper Greetings, Paper Rebel, Carlton Cards, Today and Always, DesignWare party goods, and Plus Mark gift wrap and boxed cards. Its digital business unit, AG Interactive, is a leading provider of digital greetings and premium celebrations content through proprietary technology platforms and apps. Our popular digital brands include American Greetings, Blue Mountain, SmashUps™, justWink™, and Creatacard™. For more information, visit corporate.americangreetings.com.

United Entertainment Group is a global entertainment, sports and lifestyle marketing agency. UEG creates breakthrough marketing with the people, properties and platforms that shape culture, and is headquartered in New York with offices in Los Angeles, Chicago, Dallas, Miami, London, Sydney and Tokyo. UEG was founded in 2007 and works with FORTUNE 500 companies, celebrities, athletes and leading media properties. For more information visit www.uegworldwide.com.

Alicia Keys is a 15-time GRAMMY® Award-winning singer, songwriter, musician, producer, founder of Keys SoulCare, New York Times best-selling author, film/television and Broadway producer, accomplished actress, entrepreneur, and a powerful force in the world of activism. Since the release of her monumental 2001 debut album, SONGS IN A MINOR, Keys has sold over 65 million records and built an unparalleled repertoire of hits and accomplishments. Alicia has become the #1 RIAA certified Female R&B artist of the millennium with over 27.5 Million worldwide certified digital sales (US) and 20 Million Album Sales (US). She released her eighth studio album, KEYS (Original and Unlocked) – a double album, in December 2021. A first look from the new music was featured in Alicia’s YouTube Docu-Series titled, Noted: Alicia Keys The Untold Stories. Alicia released her book, “More Myself: A Journey” via Flatiron Books which debuted and spent multiple weeks on The New York Times Bestseller List. In March, she released her first graphic novel titled, “Girl On Fire” with HarperCollins. Alicia kicked off her sold-out ALICIA + KEYS World Tour in June of 2022 which was followed by the release of the Deluxe edition of her critically acclaimed KEYS album in August. Keys released her first-ever holiday album SANTA BABY on November 4 which includes 4 original songs including the single “December Back 2 June.” 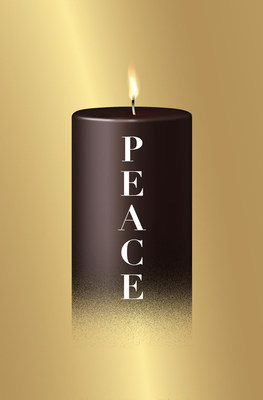 Freya Pharma Solutions appoints Nicole Hijnen as President of the Board, overseeing the company's upcoming clinical development program with Lybrido™ against FSIAD

Freya Pharma Solutions appoints Nicole Hijnen as President of the Board, overseeing the company's upcoming clinical development program with Lybrido™ against FSIAD