RIYADH, Saudi Arabia, Feb. 20, 2022 /PRNewswire/ — Aldenham Education Group (Aldenham) is pleased to announce it is bringing Vicky Gocher, current head of Aldenham Prep in the UK, to Riyadh to serve as the Founding Head for the new Aldenham Prep Riyadh in Saudi Arabia. Having led, inspired and educated Aldenham’s pupils and teaching staff in the UK for over a decade, the appointment of Gocher as Founding Head will ensure the new Riyadh school is built on the same foundations, principles and ethos as Aldenham in the UK. Opening in September 2022, Aldenham Prep Riyadh will cater to children aged 3-11 years and be the first owner-operated, truly integrated branch campus of a notable independent UK school in Riyadh and the greater GCC region. Announcements for Aldenham Senior School will follow later in the year. 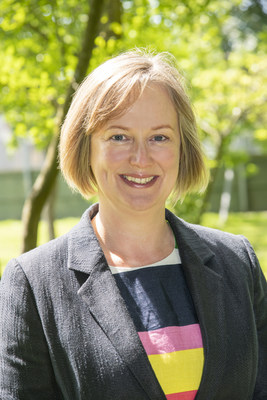 The Aldenham institution embodies both the best of timeless traditions and universal values, along with a well-established history of a forward-thinking ethos that differentiates it from its peers. Central to Aldenham’s progressive approach is the visionary and pioneering development of an all-round education curriculum and culture that views education as of the whole person, where learning is a lifetime endeavour that does not stop once degrees are earned. Aldenham is a leader in what Albert Einstein stated that the value of “education is not the learning of facts, but the training of minds to think.”

Having held the position as the existing Head of Aldenham Prep in the UK since 2011, Gocher will relocate to Saudi Arabia to infuse Aldenham’s 425-year history, culture and tradition into all facets of the new school. Unlike the popular franchise model, all Aldenham schools in Riyadh will be directly managed by the UK mother school, providing opportunities for school leaders, staff, pupils and parents to benefit from the same activities, objectives and curriculum as in the UK.

Before joining Aldenham, Gocher was previously Deputy Head at Caterham Prep School, a leading, co-educational day school, and holds an MA in Educational Leadership and Innovation from Warwick University. She also sits on the Independent Association of Prep Schools Board (IAPS), representing world-class headteachers leading exceptional schools that deliver excellent standards of education and care, she is also a member of the IAPS Membership committee. Her collegiate approach to leadership has allowed Gocher to cultivate ambition, energy and loyalty from the rest of her teaching staff, which is passed onto Aldenham pupils in the classroom, a trait she will no doubt bring to her new role at Aldenham Prep Riyadh.

Due to emigrate to the region before starting her new role in September 2022, Gocher shares her delight at founding the Riyadh school: “I am extremely excited to be coming to Saudi Arabia as the Founding Head of Aldenham Prep School Riyadh, after 10 years leading Aldenham Prep School in the UK. It is a real privilege to be leading what will be the first Aldenham school in the region and I look forward to bringing our outstanding British educational experience to young Saudi and expat pupils alike. In my many years of experience, it’s been proven time and time again that Aldenham’s all-round approach to education at all ages means that the children enjoy learning. When a child joins us at Aldenham Prep Riyadh, they will become part of a family that supports and nurtures them in every way.”

In the UK, Aldenham Prep has grown and thrived during the decade it has been under Gocher’s leadership. As Head, she oversaw the opening of Button Field, a fully equipped three-acre sports facility, as well as the brand new purpose-built Prep School building, Vincent House. Since joining Aldenham, she has propelled the school to a silver Artsmark accreditation, the only creative quality standard for schools and education settings, accredited by Arts Council England, and the highest level Eco-School Green Flag status which acknowledges, rewards and celebrates the ecological achievements of the young pupils and their commitment to protecting the planet. Under Gocher’s outstanding leadership, pupils achieve highly thanks to the confidence she instilled in them to be themselves and enjoy tackling challenges – and the same will be true for Aldenham Prep Riyadh’s future pupils.

A pioneer in providing an all-round education, as a group, Aldenham understands that for children to excel academically, they must be nurtured in every way. At Aldenham Prep Riyadh, the approach will be no different. Young Saudis and expat resident pupils will develop the same ability and mindset to ‘learn how to learn,’ providing them with the necessary skills to fulfil long-lasting careers for the future.

The all-round approach is something that Gocher is extremely familiar with and excited to bring to the children of Riyadh: “I am always looking to broaden the curriculum without reducing the necessary depth of knowledge. I also believe that whilst a lot of learning takes place in the classroom, there is plenty that can only be taught outside of it. Aldenham is all about providing a holistic all-round approach to learning. It’s why I made sure to put energy and focus into the school’s grounds and widened the range of residential trips and education visits to make sure our pupils are learning holistically. The same will be applied to Aldenham Prep Riyadh where we will always make the most of the opportunities for the children to experience and learn in every possible way.”

In the UK, Aldenham is listed as one of the oldest continuously operating schools in the world, existing on the same site in North London since its founding in 1597, which the Good Schools Guide describes as “the heart of the UK’s spiritual home of (elite) secondary academia, where Aldenham stands apart.” Aldenham is also a member of the Headmasters’ and Headmistresses’ Conference (HMC), a global association of the headteachers of 361 leading independent schools.

Alec Nejad, Managing Partner of Aldenham Education Group, commented on the new appointment: “Having held her position as head of Aldenham Prep in the UK for the last decade, I can safely say, Vicky’s out of the box thinking is an inspiration to all the children and the staff. I do not doubt that she will be an inspiration to the new pupils and staff at Aldenham Prep Riyadh, too.

After many conversations with parents in the region, I know there is a deep yearning for connection with a high-quality UK independent brand, not just in name but for real integration with the mother school back home. That’s exactly what Aldenham Education Group is proud to deliver for the first time in KSA and the greater GCC region.

At our core is the belief that our model is a true game-changer compared to the traditional franchise schools, and we are honoured to have KSA be the first country in the region to adopt this unique model. We are also incredibly proud to help advance the kingdom’s forward-thinking development, led by his Majesty and Crown Prince, to pioneer the transformation of the educational landscape for the citizens of KSA. Aldenham Riyadh will help expats feel resolutely confident about their children’s futures, with quality education being a key demand of the steadily growing number of families expressing an interest in migrating to this wonderful country.”

Aldenham Education Group’s other Managing Partner, Shahram Hashemi, added: “We are honoured to have such an outstanding Head like Vicky bring her wealth of knowledge, experience and passion to Saudi Arabia’s young minds. Aldenham has been committed to helping pupils excel for centuries thanks to an all-round education, which Vicky embodies in her approach and will be sure to bring to Riyadh to deliver a truly integrated experience with Aldenham in the UK. Young Saudis and expats are lucky to have an accomplished Head lead them to success.”

Aldenham Education Group (Aldenham or AEG) is the exclusive commercial arm of the Aldenham Foundation, leading all international expansion efforts. Founded in 1597, Aldenham is steeped in history, with 425 years of academic excellence, embodying both the best of timeless traditions and universal values, along with a documented history of a forward-thinking culture that has differentiated it from its peers.

Aldenham’s approach, developed long before its recent acceptance as an industry best practice, is the visionary development of an all-round education curriculum based on the conviction that education is of the whole person. Aldenham believes that learning is a lifetime endeavour, equipping each pupil with the ability and mindset to ‘learn how to learn.’ Rather than subscribe to the franchise model popular with some other notable UK independent schools, when expanding abroad, Aldenham prioritises creating schools that are fully integrated and directly managed by the mother school in the UK. Each new school is an Aldenham school through and through, regardless of location, infused with the same 425-year culture and tradition. Catering to pupils from ages 2 to 18, AEG is hands-on from start to finish creating a nurturing and encouraging environment to deliver outstanding British education pupils will carry with them well into their future endeavours and careers.

Led by Managing Partners Shahram Hashemi and Alec Nejad, AEG’s business model is thorough in its approach to identifying, analysing, vetting, financing, developing and operating new schools (as greenfield or brownfield projects). As an all-encompassing education program, AEG actively engages in acquisitions of existing schools, from preschool to sixth-form, management of third-party owned schools and considers investment in education technology or other education-related operating companies.