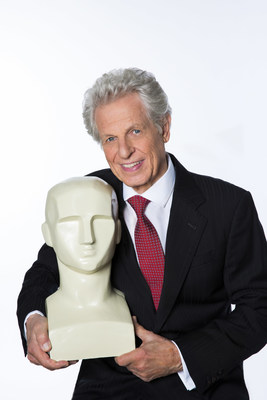 Ries was a legendary marketing maverick that remained a relevant and sought-after consultant and guru until the day he died. If every brand should own a word, positioning is the word owned by Ries.

Positioning put Ries on the marketing map and built his global brand. In the 1970s, Al Ries and his then partner Jack Trout rattled the creative agencies on Madison Avenue with their controversial concept of positioning.

In a three-part series, which ran in Advertising Age in 1972, they contended that marketers should forget communicating the benefits of a brand, but rather look inside the mind of the consumer. Success depends on finding an open hole in the mind and becoming the first to fill the hole with a brand.

Now 50 years later, the theory of positioning is still as relevant as ever. The rise of the internet has made our lives more over-communicated than ever, cutting through the clutter takes an even more skillful positioning strategy.

Following the Ad Age articles, Al Ries and Jack Trout published the now iconic book Positioning: The Battle for Your Mind which has sold over 4 million copies and been translated into 22 languages.

Rance Crain, former editor-in-chief of Advertising Age, who worked with Mr. Ries on the positioning series said, “Al was one of the most remarkable people I’ve ever known. He understood how things interconnected, and he had a way of making it all seem so logical and inevitable.”

John Schnatter, founder of Papa John’s, a Ries consulting client, and fan of the Positioning book said, “Al was a brilliant marketer, but an even better human being. He was a man of integrity who will be greatly missed.”

Paul Kim, Vice-President of Samsung who hired Mr. Ries as a consultant said “Al was a true visionary, luminary and wonderful person. I really cherish the moments Al and Laura spent with us, and I can say they made a big difference in our Galaxy smartphone brand.”

In 1994, Al’s daughter Laura Ries joined her father, and the agency was renamed Ries & Ries, now called RIES. Together they co-authored five groundbreaking books including The 22 Immutable Laws of Branding and The Fall of Advertising & the Rise of PR.

Over the years, Mr. Ries served as a marketing consultant to dozens of companies around the world including Apple, Disney, Frito-Lay, Ford, Microsoft, Nvidia, Papa Johns, Samsung, Siemens, and Unilever.

In 2007, Mr. Ries and his daughter Laura partnered with Simon Zhang to launch RIES China in Shanghai. The agency has worked with many of the top Chinese companies, including Great Wall Motors, Wong Lo Kat, Robam, and Junlebao Dairy.

RIES will live on as a global positioning consulting company under the leadership of Laura Ries as RIES Chairwoman, and Simon Zhang as RIES CEO.

In 2005, Advertising Age voted “positioning” one of the 75 most important ideas of the past 75 years, in 2009 AdAge readers named Positioning the best book they have ever read on marketing, and in 2016 Mr. Ries was inducted into the AMA Marketing Hall of Fame.

Born in Indianapolis, Indiana, Mr. Ries served in both the U.S. Merchant Marines and the U.S. Army, where he was stationed in Korea for a year. After his service, he graduated from DePauw University in Greencastle, Indiana in 1950.