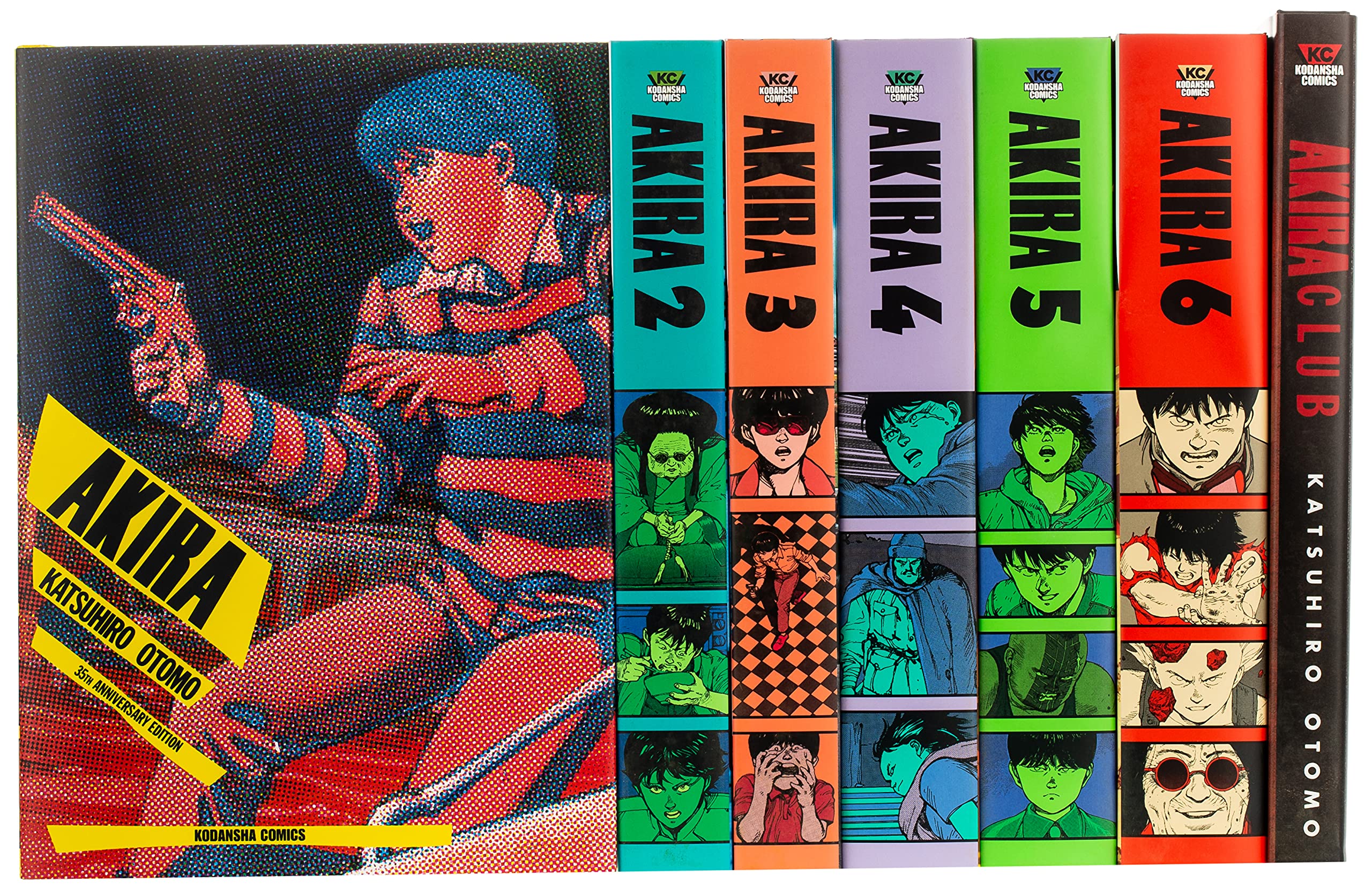 Winner of two 2018 Eisner Awards! Reprinted and available again for a limited time!

An all-new, complete 35th anniversary hardcover box set of one of the most acclaimed and influential comics of all time, with the original Japanese art and right-to-left reading format for the first time! The science fiction epic that changed anime and manga forever is presented in six beautiful hardcover volumes, plus the hardcover Akira Club art book and an exclusive patch with the iconic pill design.

In 1982, Kodansha published the first chapter of Akira, a dystopian saga set in Neo-Tokyo, a city recovering from thermonuclear attack where the streets have been ceded to motorcycle gangs and the rich and powerful run dangerous experiments on destructive, supernatural powers that they cannot control. In 1988, the manga was adapted into what was at the time the most expensive animated film ever made, which brought Akira’s influence out of the manga world and onto the global stage. Today, it remains a touchstone for artists, writers, filmmakers, and fans, retaining all the brutal impact and narrative intensity it had when Otomo first unleashed it onto the world.


This new edition of one of the most influential comics ever features all six volumes in a revised translation with new, right-to-left lettering and Otomo’s original sound effects, plus the Akira Club art book and an exclusive iron-on patch.


At San Diego Comic-Con 2018, the Akira 35th Anniversary box set won two Eisner Awards – the most prestigious awards in comics – for best archival project (comics) and best product design. The set is designed to be the definitive reading experience of Akira and to make a splash on any collector’s shelf.


The Akira 35th Anniversary set is the definitive way to read Akira, reproducing the art at better quality than any previous version. It also retains the original right-to-left reading format and Katsuhiro Otomo’s original hand-drawn sound effects for the first time and features a newly-revised translation to get as close as possible to the originally-intended reading experience.


New dust jackets, interior covers, and all-color endpapers take the look of the Akira manga back to the designs supervised by Katsuhiro Otomo for the Japanese market in the 1980s and 1990s – another first for an English-language edition. The box itself features a dual-hinge, magnetized door for a lasting, dramatic presentation.


The Akira 35th Anniversary box set also includes an exclusive iron-on patch depicting the iconic “Good for Health, Bad for Education” logo as it appears on Kaneda’s jacket, plus the Akira Club book, which had long been a sought-after rarity, compiling exhaustive behind-the-scenes information and concept art by Katsuhiro Otomo and his collaborators.

Seamless: Understanding the Bible as One Complete Story (Member Book)

House in the Cerulean Sea