AUCKLAND, New Zealand, Nov. 8, 2022 /PRNewswire/ –Altered State Machine, the leader in Web3 artificial intelligence announced today a new ground-breaking partnership with FIFA to launch AI LEAGUE: FIFA WORLD CUP QATARTM 2022 EDITION, a “smart football” game experience that begins with a prediction challenge that will be playable during the FIFA World Cup™in Qatar.  This groundbreaking innovation from Altered State Machine introduces intelligent (AI) characters to the casual gaming audience. Players can visit www.FIFAworldcupaileague.com to learn more about the prediction game, which officially begins on November 20th on the day of the first game of the FIFA World Cup™. 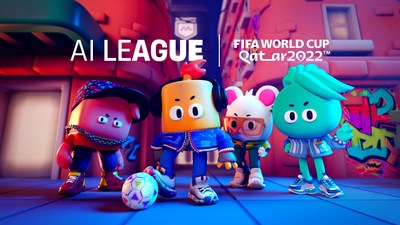 The announcement comes amid FIFA’s commitment to developing new football gaming titles for fans, and it will work with Altered State Machine, under the Futureverse ecosystem, to create an exciting new online experience for all football fans. Players build  their own teams and compete against others in an AI-driven football game, allowing mainstream football fans to take their first steps with AI in the metaverse.

“The launch of our FIFA World Cup AI league is an exciting step towards our mission to lead casual gamers into the world of AI gaming in the Metaverse, and we are honored to be building the first Web3 game with FIFA,” says Aaron McDonald, Co-Founder, Altered State Machine. He continues, “We look forward to bringing the world’s most popular sport into the metaverse.”

The FIFA WORLD CUP AI LEAGUE 10-week prediction component is built to complement the real-time world cup tournament, with an AI powered game to follow. At launch, the game will feature the following elements:

FIFA exists to govern football and to develop the game around the world. Since 2016, the organization has been fast evolving into a body that can more effectively serve our game for the benefit of the entire world.