NEW YORK, Nov. 17, 2021 /PRNewswire/ — The 19th Annual Hispanic Television Summit Is the premier annual event for those in the business of TV and video for Hispanic audiences in the U.S. and worldwide. This year’s Summit is the closing segment of Fall TV 2021 (Nov 15-18) a week-long series of conferences presented virtually by Future’s publications, Broadcasting & Cable, Multichannel News, Next TV and TV Technology. The Summit has been programmed and produced all 19 years by Schramm Marketing Group. For a detailed look at all of the Fall TV events, speakers, programs and registration information, visit www.falltvevents.com. 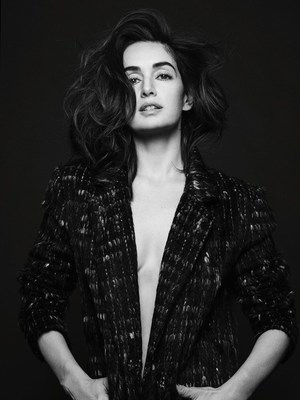 Ana de la Reguera, the award-winning actress, and Estrella Media’s series “Tengo Talento, Mucho Talento” will each receive an Award for Outstanding Achievement in Hispanic Television, and Pluto TV will be recognized with the Award for Corporate Leadership in Hispanic Television as part of the virtual presentation of the Hispanic Television Awards ceremony. Three additional awards will be presented to Pioneers in Hispanic Television in a category named for the late Rafael Eli. They are alma, the Miami-based creative agency; Mario Kreutzberger, a.k.a. “Don Francisco” the legendary TV host appearing on CNN en Español; and the Hispanic Marketing Council (HMC), formerly AHAA, the national trade organization of creative, communications and media firms with Hispanic market expertise. The ceremony starts at 3:25 pm ET / 12:25 pm PT.

Joe Schramm, the event’s programmer said “The annual presentation of the prestigious Hispanic Television Awards is a highlight of the Hispanic Television Summit and is just one session within the overall conference. Awards are presented to individuals, programs, or organizations in recognition of their current achievements that have driven the growth and prosperity of the overall Hispanic TV industry.” Bill Gannon, Vice President & Global Editor-in-Chief at Future added, “We are thrilled with this year’s line-up of recipients. They are all deserving of this honor.”

Estrella’s “Tengo Talento, Mucho Talento” is receiving the award in recognition of its 25th season. The program will be the third TV series to ever receive this award. On hand to accept the award will be Peter Markham, CEO, Estrella Media; Pepe Garza, Judge for “Tengo Talento”; Don Cheto, Judge and host of “Don Cheto Al Aire,” the nationally syndicated radio series; and Ivan Stoilkovich, Executive Vice President of Television Content, Estrella Media. Tom Ryan, President & CEO, Streaming, at ViacomCBS and Co-Founder & CEO at Pluto TV will accept the award on behalf of Pluto TV which is being recognized for its expanding complement of content services for Hispanic viewers. Pluto will be the first streaming platform to receive this award, which has previously gone to traditional linear providers like Spectrum, Comcast Cable, Altice USA, Dish, AT&T/DirecTV, Cox and Verizon.

The three awards to Pioneers in Hispanic TV are presented in honor of the late Rafael Eli, who passed from COVID in 2020. He was the co-producer of this event. This is the second year for these awards and, like their namesake, the awards recognize the achievements and tenacity of individuals or organizations who have continued to serve the Hispanic media, notably television, for the past 20 years or more. The award in the Media and Publicity category is presented to the Hispanic Marketing Council (HMC, formerly AHAA), which has been promoting the growth of the Hispanic media, marketing, and communications industries for 25 years. The award will be accepted by Gonzalo del Fa, President at GroupM Multicultural and current chair of the HMC board. Another Rafael Eli Award for Pioneer in Hispanic TV is presented in the Creative Agency category and recognizes the alma Agency. Their award will be accepted by Luis Miguel Messianu, alma’s Founder, Creative Chairman and CEO. The last of these awards recognizing pioneers presented in the talent category goes to the world-renowned TV host, Mario Kreutzberger, a.k.a. “Don Francisco,” who is currently serving as a presenter on CNN en Español.

Future is a global multi-platform media company and leading digital publisher, with scalable brands and diversified revenue streams. Every month, it connects over 300 million people worldwide with their passions, through expert content, world-class events and cutting-edge proprietary technology. Every year, Future attracts millions of consumers to its brands’ websites, magazines, events and social spaces.