TAIPEI, April 15, 2022 /PRNewswire/ — Global Organization of Smart Cities (GO SMART), founded by Taipei City Government in 2019, is committed to becoming a platform for capacity sharing and matchmaking of all the stakeholders in the smart city development. To discover valuable inter-city PoC projects, since the establishment, GO SMART has called for solutions and is having the 4th edition this year. 2022 GO SMART Award attracted 42 projects from over 20 cities. We encourage cross-border and cross-domain smart city development projects from all over of world. After diversified and professional review, this year GSA has 3 winners, “I3 Systems and the City of Los Angeles” from the US; “Taipei Urban Intelligence Center” from Taipei, Taiwan and “Qlue Smart City Project: Alam Sutera Intelligent Mobility System” from Indonesia are the winners. Here is the briefing. 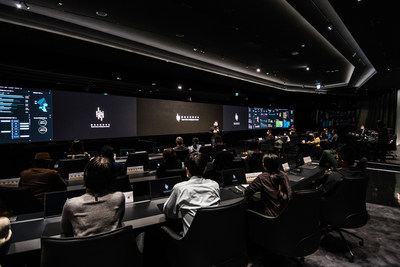 Due to the digital transformation, the government is facing a variety of urban data. How to use it efficiently has become a serious issue. Since 2020, Taipei Urban Intelligence Center (TUIC) as a task force in Taipei City Government has officially been established and it is responsible for facilitating Taipei City’s interdisciplinary urban data analytics and application for better city governance. TUIC plans a platform for various data sources ranging from structured, unstructured data to IoT data, and works as a research and design (R&D) team for Taipei City Government in collecting internal and external innovation energy by data applications. It is a creative decision-making method to internalize the reform of municipalities.

By collecting data from streaming to urban statistics data TUIC builds the government data infrastructure and further formulates Taipei City’s standards of urban data contents and protocols to ensure data availability, security, and civic privacy. Therefore, it is making a comprehensive application environment of data application which leads the main applications: urban dashboards and data analytics. An urban dashboard is to integrate multiple real-time data for risk evaluating, such as Taipei City dashboard and COVID-19 dashboard. And data analytics are studies which lead to some new governance strategies, such as taxi-stop optimization plans and in-depth research of the citizen welfare card data.

TUIC is establishing a new mechanism of data driven city governance and it’s like a platform of Taipei City Government to make different departments and stakeholders exchange information and interact with their know-how. It’s a creative and effective municipal decision-making mechanism which provides a new horizon of urban data and leads to a new city governance.