2021 Was an Exceptional Year for the Sex Workers' Rights Movement

NEW YORK, Dec. 30, 2021 /PRNewswire/ — Decriminalize Sex Work, a national advocacy nonprofit organization, and its allies are recognizing 2021 as the best year yet for passing good sex-work legislation. These legislative accomplishments are important steps toward their ultimate goal of decriminalizing consensual adult prostitution in the United States.

According to Amnesty International, the Global Alliance Against Traffic in Women, the World Health Organization, and many other human rights groups, the decriminalization of consensual adult sex work has proven to reduce trafficking and increase public health and safety.

In New York, two legislative actions were signed into law. One expands the ability of survivors of human trafficking to expunge their criminal records. This means people who were forced to commit crimes by their traffickers now have the potential to move on with their lives without the impediment of a criminal record.  The other abolished the “Walking While Trans” law. People can no longer be arrested for “loitering for the purpose of engaging in a prostitution offense,” which was used by police overwhelmingly to target trans persons of color.

New Hampshire and Vermont both enacted  “Good Samaritan” laws, which protect sex workers from arrest should they seek police protection from assault. These laws were passed with bipartisan support and signed by Republican governors.

In Rhode Island, the House of Representatives created a legislative study commission to review how laws impact sex workers and other marginalized populations.

Advocates for the decriminalization of sex work want lawmakers and the general public to understand that prostitution and other forms of sex work are not inherently dangerous or exploitative, but criminalization puts sex workers at risk and creates conditions that allow for trafficking to proliferate. “Permitting sex workers to come forward to report being the victim of or witness to a crime without fear of arrest is critical, but I’m looking forward to the day when we will no longer be as vulnerable to crime or exploitation as we are now. That day will come when consensual adult sex work is decriminalized,” said J. Leigh Oshiro-Brantly, co-founder of The Ishtar Collective, a Vermont based sex workers rights coalition, and research and project manager at Decriminalize Sex Work. 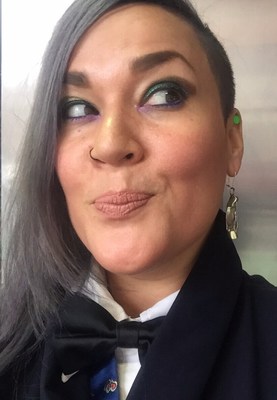